I read somewhere that it helps to learn new skills, to ward off Alzheimer's and dementia, through neuroplasticity, which is the brain's ability to reorganize itself by forming new neural connections. Using an opportunity to put this into practice, I set out to learn how to create origami figures out of dollar bills.My sister had given me a heart-shaped bill a few years ago, which I used as my inspiration. 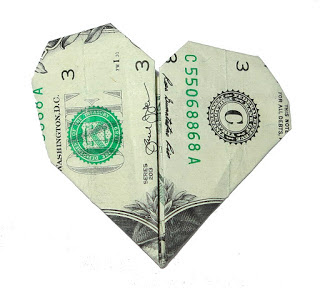 Going online, I found an "Origami Made Simple" website, so sat down with my dollar bill, and followed the directions for making such a heart. After several hours of folding, creasing, unfolding, making "mountains", and folding again, etc., the result was a reasonable facsimile of a heart. 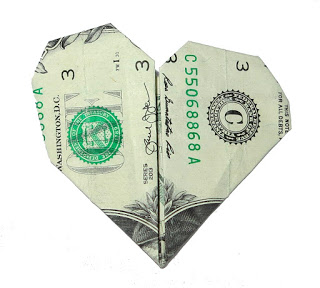 I also had sore fingers, sweat on my brow, and wondering what steps I missed?  Not giving up, I decided to try something else.  I saw a cool swan design from one of the sites: 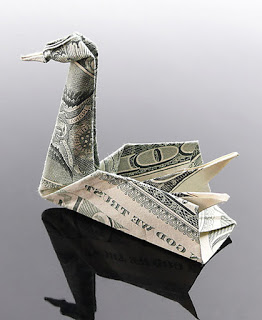 Step-by-step, fold by fold, my swan was complete!  But something went horribly wrong....my swan looked like an under-baked Franken-chicken! 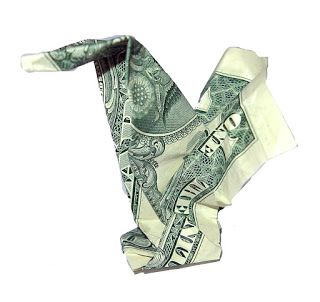 After a hearty lunch and a nap, I attempted a few more folded money sculptures.  My next project, an elf shoe, actually came out o.k., and it only took 6 hours to do!  Maybe I was learning, after all!   Neuroplasticity, do your stuff! 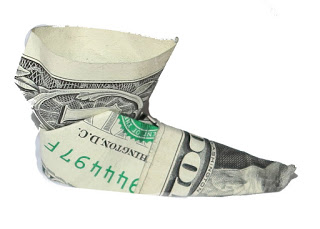 I decided that my abstract money sculptures would be given to our grandson in a piggy bank that we were giving him for Christmas (I didn't want to put coins in there, as he is still at the age of putting everything in his mouth).   By week's end, I had 12 dollars worth of Origami dollars for our grandson's bank, and maybe a little added to my memory bank, as well.....either that, or I was ready for the looney-bin! 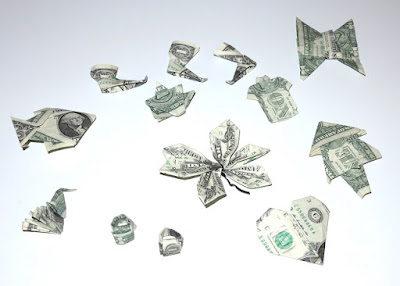 Posted by DebHaglerWong at 9:13 AM