Yesterday, I called my daughter Kelly, to catch up on our news.
Kelly: "Are you o.k.?  You're not dying, are you? Everything alright?"
Me: "I'm FINE, just checking in with you."

Look: If I call you on the phone, there will be a good reason for it.  That is because I LOATHE talking on the phone.  I get a sick feeling in my gut when I have to speak to someone via the phone. I have a real phobia about it, partly due to all of the bad news I have gotten through that particular instrument.

Which is weird, because I am the one who makes the most calls to our customers about their orders and invoices.

I call my daughter every couple of months or so.  I need to hear her voice, and find out how she is doing. Otherwise, we communicate via Facebook, to let each other know that we are o.k., even if it is just posting kitty memes or funny posts on our timelines.

There was a time when the only way you knew how someone was doing - in real time, not snail-mail time - was to give them a jingle. 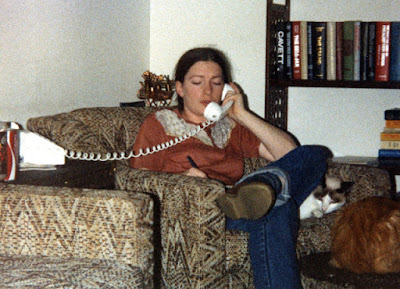 The telephone was firmly plugged into a wall.  Sharing a call meant stretching that cord a bit further, sometimes. 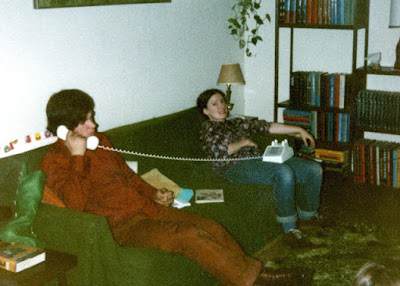 What was great about all of that is that when you were not at home, or near a phone - you were FREE!  You had a great excuse for missing a call.  "Oh sorry - didn't get your call - I was out - HAVING A LIFE!"

Then, the answering machine was invented.  Well, at the least, it caught your calls.  If it was something important, you could return the call.  Though I did have a couple of those that gave me chills. Like: "Hi Deb - this is Sue.  Call me back. Bad news."  Or: "This is the Acme Collection Agency. You owe...etc."

Growing up in the 50s-60s, the telephone was the portal to the rest of the world.  Phone booths were everywhere. 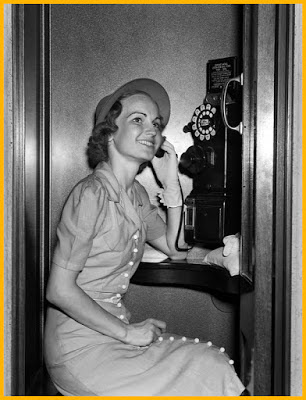 We no longer need phone booths.....well, maybe Clark Kent does. 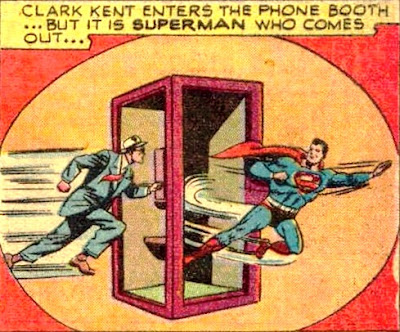 In the early days - 1951-55 - we  had  a "party" line.  That means that we shared our phone number with several others, and had to wait our turn to make a call.  There were many times we'd pick up the phone, start to call the operator, and hear: "We're talking on here! Wait your turn!", and it was frustrating - you might have an important call to make, and you'd have to wait while your neighbor recounted her Bingo tournament results with a friend, etc. 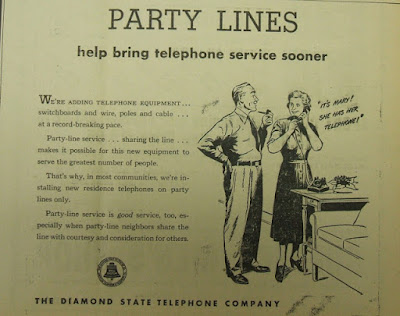 It wasn't long before our number became "private".  Not really "private", though, as it was still shared by the family.   Phone numbers back then started out with two letters. Ours was FL5-3870. "FL" stood for "Flanders". Later, area codes were added, and the two letters were just replaced by numbers.

I don't take after my mom.  She loved talking on the phone, especially with our Auntie Arlene. We couldn't get Mom's attention for hours, when she and Arlene were chatting.

Sometimes the phone was necessary for socializing, especially when I was in my teens.   I tried for privacy by going into the living room closet with the receiver and closing the door, to talk with friends.  That was an iffy proposition, since my father's banging on the closet door to hang up the phone for other users (or incoming calls) caused much embarrassment.

I used to fantasize about a separate phone line, and one of those cute little Princes phones, decorative and useful, which would be the envy of my friends.  Never happened. 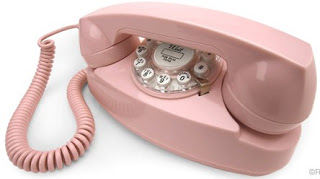 To make a call back then, you had to DIAL the phone. 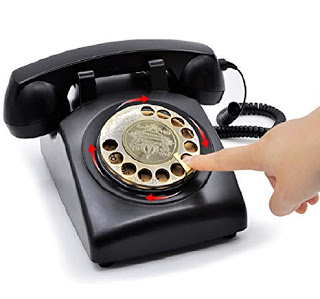 That means that you had to wait for the dial to slow-w-ly rotate through the cycle, before you put your finger in the hole and rotated it again, with the next number.  If you forgot which number you dialed previously, you were outta' luck - you had to dial the whole thing again!

When touch-tone phones came out in 1963, we all thought we had died, and gone to heaven!  Calls were easier and faster! What more could we need?

Speaking of....there were movies based upon the old-fashioned phone line.  Here is a great site about telephones in movies:
https://www.bfi.org.uk/news-opinion/news-bfi/features/dial-t-telephone-z-phones-film

For example:  Who can forget the thriller: "Sorry, Wrong Number",  with a terrified Barbara Stanwyck? 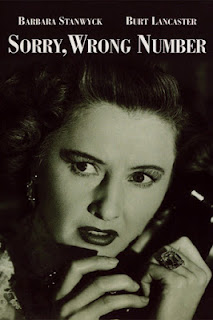 Or, Doris Day and Rock Hudson's telephone romance in: "Pillow Talk", which was considered slightly risque' in 1959! 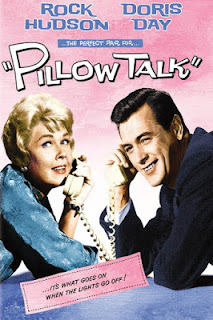 When Kelly was a year old, she got her first (plastic, toy) phone. 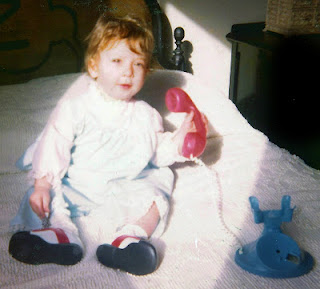 The next year, we let her try our Trimline touch-tone phone.
, 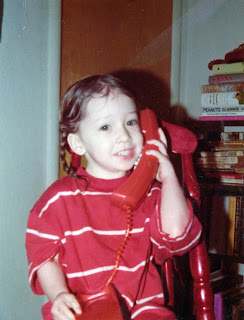 While we were marvelling over our touch-tone phone,  Martin Cooper of Motorola made the first publicized handheld mobile phone call on a prototype DynaTAC model on April 3, 1973. 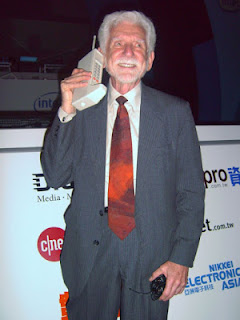 It's funny to see old t.v. shows and films from the 70s-80s, showing off the "advanced" technology of their portable phones - and they WERE,  the time! But still hilarious  to see now. 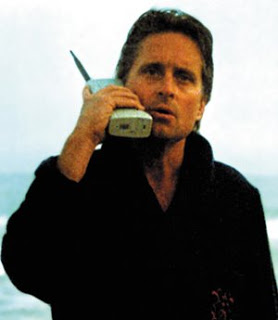 BTW, here is a link to the history of the mobile phone:
https://www.businessinsider.com/complete-visual-history-of-cell-phones-2011-5#2002-26

My first mobile phone was a Raspberry flip-phone.   They're now selling in lots on eBay, for peanuts. 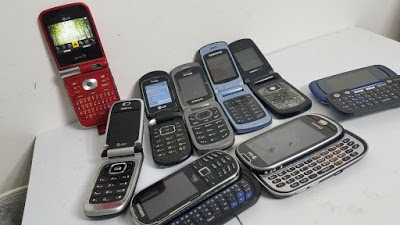 When Steve Jobs came out with the first iphone, I had no doubt that it would succeed, even though I thought that the interface needed work: Look how smeary it gets with fingerprints! Ugh! 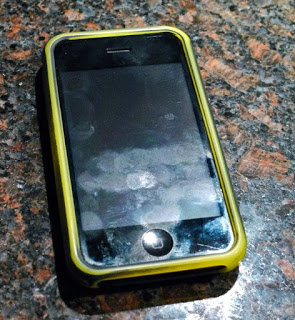 These days, I  hand our granddaughter my iphone, and she takes selfies with it, like it's nothing.    I mean....? 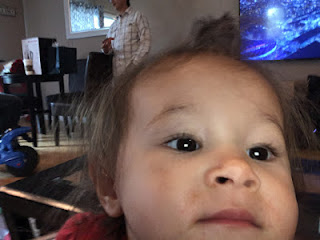 It's a different world, now.  I still have my phone-o-phobia, but I have ways around it, now. Texting, PM, even email (which is becoming passe', even as I write this).  I'm loving the latest technology!  I can text customers their choices for framing and estimates.  My mother-in-law even uses it regularly, with gifs and memes.    What's not to like?