My husband Mike and I met in 1957-58, when we were in the second grade. That was around the time he was a Cub Scout in our neighborhood, Westview, Pacifica, Troop 289 (the same boy scout troop my brother Arlo was a part of, a few years later). 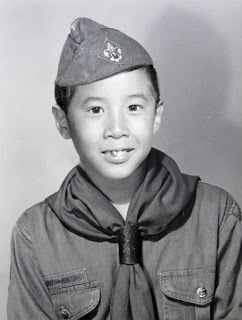 Mike said that his best friend Ira Dahm joined at the same time, a motivating reason for joining. I started to laugh when he told me about the Cub Scout pot-luck dinner at Westview School. Everyone was supposed to bring something. Since Michael's parents were like mine - always working - his sister Janice helped him out by cooking him a TV dinner to bring!
He then carried that hot tv dinner for two blocks, from his house to the event. 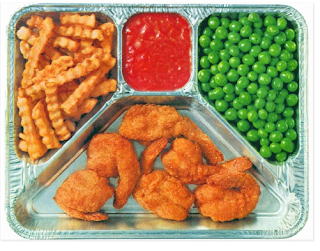 What then had me feeling sad was Mike's description of the dinner - that he sat alone (Ira wasn't there - Mike thinks he may have quit the scouts by that time), with no one to join him, while the other scouts had plates filled from the pot-luck buffet, and sat at other tables.

Mike never forgot this incident from his early childhood just as he remembered details about me when we talked about our grade school years, and so many of his other friends, too. 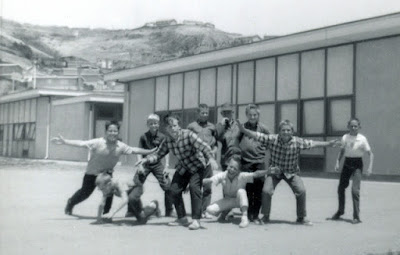 Why do we retain some memories and not others?  I have written about some of my own childhood experiences, things that stuck out in my mind and stayed there.  The rest - most - went by the wayside.

I've been wondering lately how much our grandchildren will remember.  They're only 2 and 3 years old right now. They probably won't recall much (if any) of these earliest years, which are so memorable to us.  My daughter doesn't recall much of her early childhood, except in the re-telling throughout her life about what she said and did as a toddler.

Yesterday, we attended our grandchildren's mother's birthday (Mike's daughter).  Their grandmother "LaLa" had made a nice feast for the occasion of her daughter's birth, and the kids were enjoying themselves.

Will they remember this day?  There are plenty of photos from their lives to help the memories! But how much - if anything - they will recall from these years?
It is said that we are all a sum of our experiences - good, bad, happy, sad. I wish our grandkids more of the good, and only enough of the sad to give them perspective. Mike has had a great life, with loving family, many friends, and a lot of confidence.  And yet...that one incident is never forgotten.  Perhaps those early disappointments and let-downs help us to learn empathy...and the positive memories give us confidence.
Posted by Anonymous at 11:07 AM