The Day We All Went to the Moon

Where were you on July 20, 1969?  I know where I was.  At Steve Neill's house, watching the moon landing on his small black-and-white television. 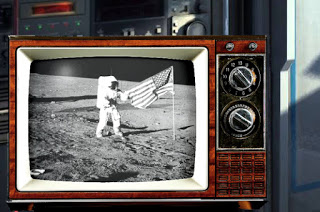 The aroma of curry was in the air; Steve and his mom had a cook named Olvero who had just made curried chicken for lunch.  I also enjoyed the curried eggs that Steve would fry for us.

Steve was the one who took me to see "2001: A Space Odyssey" at the Coronet in S.F., and he insisted that the only way to view it was by sitting in the first row, looking up at the screen. 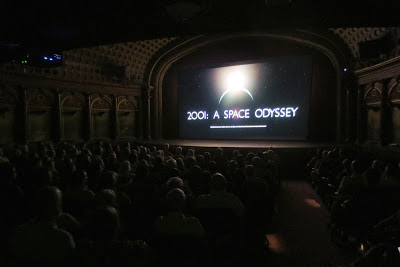 We did that several times (this was back in the day when the only way to view first-run films was in a movie theater). Seeing a movie many times back then was like a badge of honor. Something to brag about, until VCRs and cable t.v. entered the scene, when watching a film many times was no big deal.

Steve aspired to be a special effects artist.  His room had various models of space ships hung from the ceiling, on dressers, and on a table. Steve would film the models with his Super 8 (later 35mm) movie camera on small sets that he created.    His work later made the covers of many Science Fiction magazines (including this Fangoria Magazine from 1982): 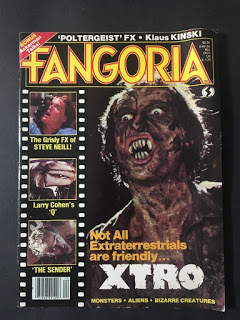 This was not science fiction, but science fact - live coverage of an actual event, only dreamed-of until that day.  When Neil Armstrong stepped onto that surface - was it made of green cheese, as we were brought up to believe?  - the lunar dirt gave way to human footprints for the first time.  I just heard: "One small step....", and then we cheered.  I got chills. We were joyful, and amazed.

I needed the lift of this historic occurrence.  Just three months before the moon landing, my 16-year-old sister was killed in a car accident.  I was 17, reeling from that loss, and still in that fog of grief and disbelief.  I needed diversions. Steve was good for that, and I am grateful he was there at that time. He later went on to become a special effects artist in Hollywood.  You can read more about Steve's career here: http://www.imdb.com/name/nm0624759/

As for me, I bought and saved a newspaper reporting the safe landing and homecoming of the astronauts. That is when I really cheered.  Here is that newspaper, which I still have - a bit worse for the wear, as am I - though the memories are as fresh as yesterday. 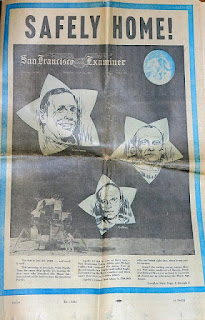 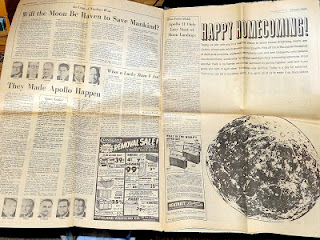 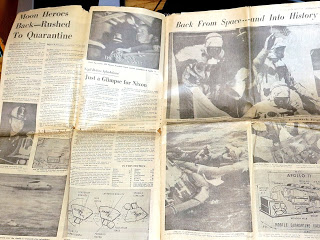 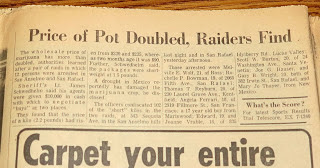 Appliances for sale that year: 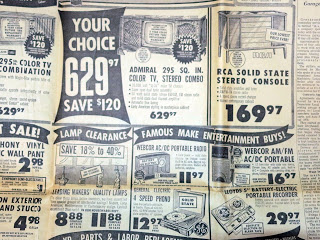 Posted by Anonymous at 7:13 AM