I was watching my regular (and only) daily serial (soap opera) "The Young and the Restless" yesterday, and suddenly - inexplicably - burst into tears.  It wasn't because of a sad scene; it was something about the actress who plays "Lola" that reminded me of my sister Laurie. 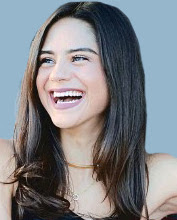 It isn't as if she even looks that much like her - the resemblance is vague, more in her inflections when she speaks.   I should mention that my sister Laurie died in 1969 at the age of 16.  Grief never really goes away, I guess. It lies in wait, and emerges once in a great while with these triggers.


Laurie was independent and intelligent, and had the same "air" about her that Lola has.  The hair is one thing, the brown eyes another.  It wasn't based on any one superficial quality, though.  Purely a feeling, I guess. 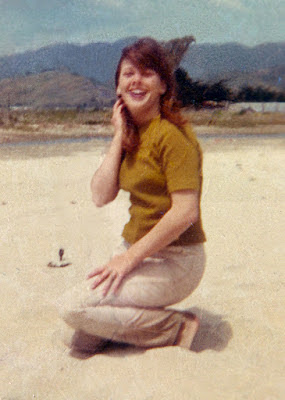 This has happened on more than one occasion. A month after my sister died, my mom was driving us through Oakland, and I saw a young woman walking down the street that I could have sworn was Laurie, which provoked such emotion that it stayed with me for the rest of the day.

This has not only happened with Laurie, but with other close loved ones who have died, as well.  A man who had the same mannerisms and voice as my brother Arlo who had passed from cancer back in 2002 surprised me one day with that familiar aura, and several others who resembled my ex-husband Perry at various ages caused the tears to flow.  What's interesting is that one of the last texts Perry sent me was about someone he saw who resembled me. 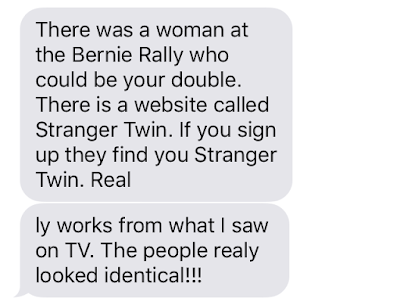 Here's something weird:  about a decade ago, my husband Mike and I were grocery shopping, and a young woman came up to me and said: "I didn't expect to see you here!" After I was taken aback - who was this person?  She stepped away, and apologized.  "Oh! You look JUST like my mom! Baseball cap and all!"  I told her it was o.k. (though thought that I could never mistake anyone else for my mom...unless there was some sort of memory loss, or they had that syndrome where
one can't recognize faces).

I wondered if others who had lost loved ones had had this experience - they must, right? So I looked it up and found this blog from 2017:

So, I'm sharing this here with you, because (as the blogger in that link states):".....if you've had this experience, at least you know you're not alone."

Posted by Anonymous at 6:31 AM