We Owe our Existence to H.M.S. Pinafore

My mom often told us about how she met my father.  They were both students at Mission High School in San Francisco.  He was Class of 1949, she was Class of '50.  Mission High had about 1,000 students, even back then, so it wasn't a given that they'd ever meet. 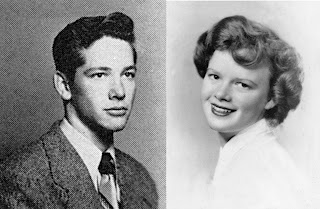 I guess I owe my existence to H.M.S. Pinafore, and the Mission High drama department, because that is where they met, in 1949.  Mom was playing the character of "Little Buttercup", and my father was "Dick Deadeye".  Good casting. 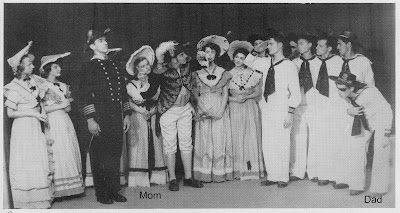 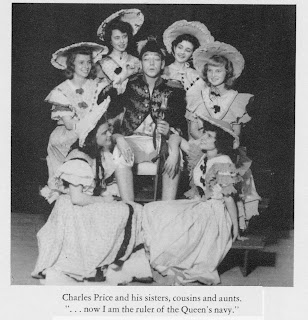 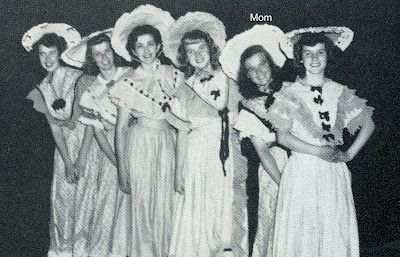 Both parents also performed in other musical productions at Mission High.  For example, my father played one of the Guards in "The Mikado". 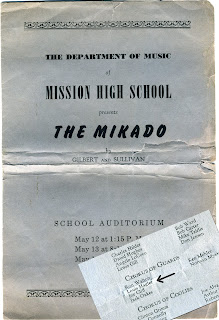 Mom wasn't in that one, and she didn't perform with Louis Hagler in another play, so she may never had met our father but not for "Pinafore", as Lou was due to graduate soon after that production. 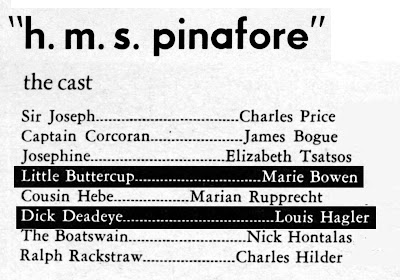 Mom did get a nice mention in the S.F. Examiner about her role as "Little Buttercup". 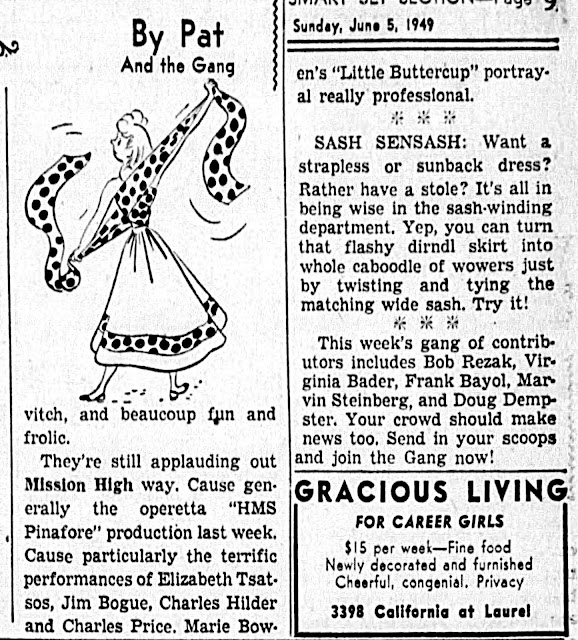 This is one of those "what if?" moments.  Mom could have married this guy, George somebody(?) who she said was "very nice, a sweet boy, but dull as dishwater."  That's mom and George at the Polo Field in S.F., 1948.    And couldn't the photographer have left his shoes out of that shot?!?!? 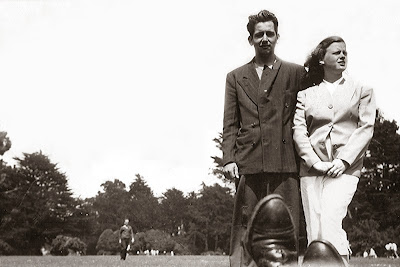 Posted by DebHaglerWong at 6:29 AM